Lighting up the minds of today for a brighter tomorrow

Well done to the girls and boys football team who took part in the Futsal tournament at the Antrim Forum.

Primary 6 and 7 enjoyed the second lesson of Microbit. Today they learned about the coding language 'javascript'.

Primary 6 and 7 today had their first session in learning to code using Microbit. This programme is being delivered by the University of Ulster. We are one of only a few schools that have been selected and the first school to work with Microbit.

Over a number of lessons we will learn how to create messages, images and possibly games using Microbit. The children may even get a visit to the University later in the year.

Our Christmas concert this year was 'A Magical Christmas'. Pupils from Primary 1 right through to Primary 7 were involved in this whole school production. Well done to them all.

On Thursday 10th October the children and staff showed their support for Mental Health Day by wearing something yellow. A great effort to publicise something that affects so many people.

Primary 7 have been working hard to raise money for their charity 'Little Princess Trust'. The charity makes wigs for children who have lost their own hair. As part of their fundraising efforts, Mrs Corbett volunteered to have her pony tail chopped of and donate the hair to the charity. What a fantastic and inspirational thing to do. The P7s have now raised over £1000 for the charity. Amazing work by all involved!!!

Yesterday, Primary 5 had their second session on creating a shared natural play area. We went down to the Crumlin Glen. Here we met Richard from Northern Ireland Forest Schools. We gathered material for next week's session and built rafts and floated them in the river.

Primary 5 pupils are working together with other local schools to help design a new natural play area in Crumlin Glen. The first workshop took part on Wednesday 1st May. During this session the children came up with possible designs for the play area.

As part of Translink Travel Challenge the children brought their bikes to school on Friday 5th April. They had the choice to 'bling' up their bike to be in with a chance of winning a prize. The children had the opportunity to cycle their bike around the playground.

The girls' and boys' football teams took part in a Futsal tournament at the Antrim Forum on Thursday 21st March. It was run by the IFA. A great day and all children showed excellent team work and sportsmanship.

The children all took part in World Book Day on Thursday 7th March by coming to school as their favourite character from a book. Lots of book day activities took place throughout the school including: a book swap, costume parade, reading in strange places, a where's Wally hunt and lots more. A fun day had by all.

It was all very odd at CIPS on Friday 1st March.
As a fundraiser for Integrated Education, the children came to school in non-uniform and wearing odd socks. They all looked very well.

The school was involved in a Road Safety initative called 'Kids Court'. Members of the School Council worked with the PSNI and checked the speed of vehicles passing the school. Any drivers speeding then had the option to accept a fine or come and face questions from the children about why they were speeding.

The school were given an assembly today by the PSNI on Road Safety. They delivered a powerful message on the importance of wearing a helmet when riding your bike. They saw what happened to two eggs when dropped - one egg had no protection and the other had a protective helmet around it. The egg with no protection completely smashed while the one with protection didn’t even crack.

We were again delighted to host lesson 2 of our Shared Education Project. We worked with pupils from  St Joseph's PS and Crumlin Integrated College to find out about and create a lifecycle of the salmon. The next step will be the 'Salmon in the Classroom', where salmon eggs will be delivered to our classrooms.

It was a pleasure to welcome P5 from St Josephs and Year 8 from Crumlin College for lesson 1 of our Shared Education project. The children worked together to invent a machine that would help improve the world. They came up with some fantastic ideas.

High Flyers' Party (October) - two children from each class had small party with Mrs Boal as a prize for completing an outstanding piece of work. Well done!!

The Hospice Coffee Morning (27th September) was a great success!

On the evening of the 21st June 2018, pupils of the school along with members of their family took part in a Mindfulness walk through Crumlin Glen. After the walk, everyone returned to the school grounds for a BBQ and some fun activities. Everyone had great fun!! Well done to all who took part. 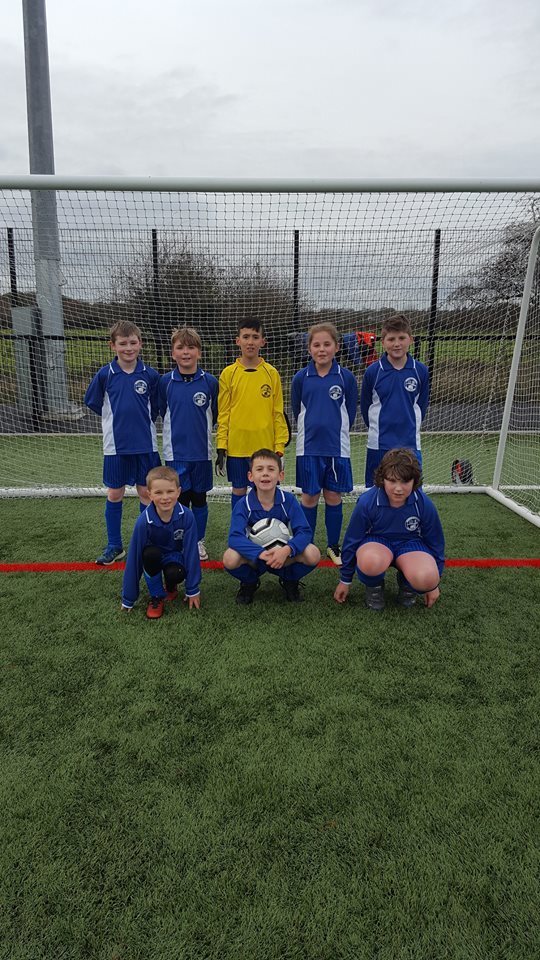 Well done to the footballers who played two games at Allen Park last Wednesday. They won their first game against Round Tower 3-0 but lost out 7-2 to in their second game. It was a very enjoyable afternoon and everyone enjoyed it. We look forward to the next game. 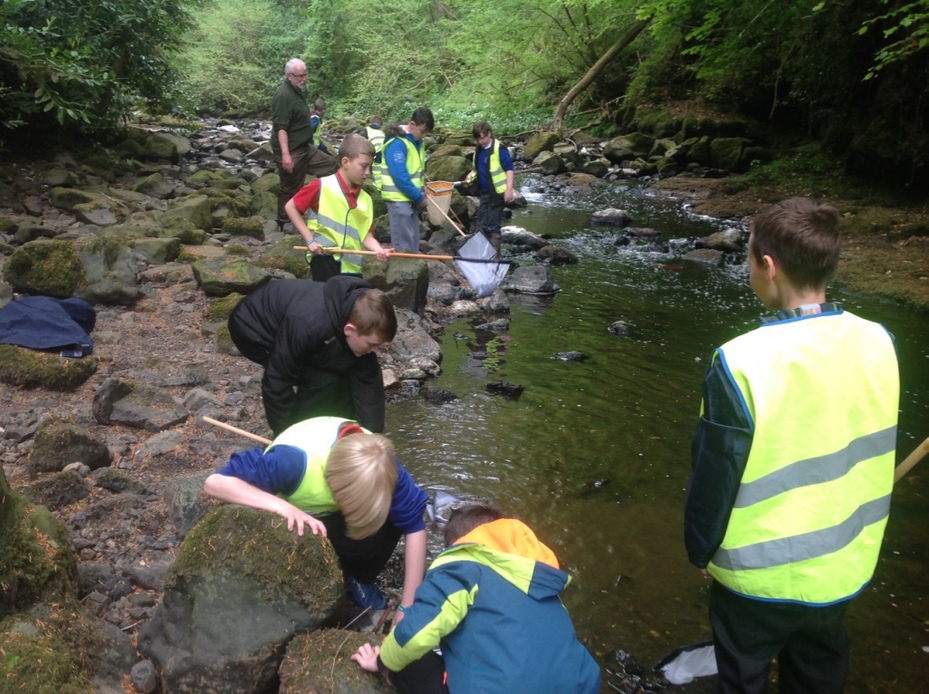 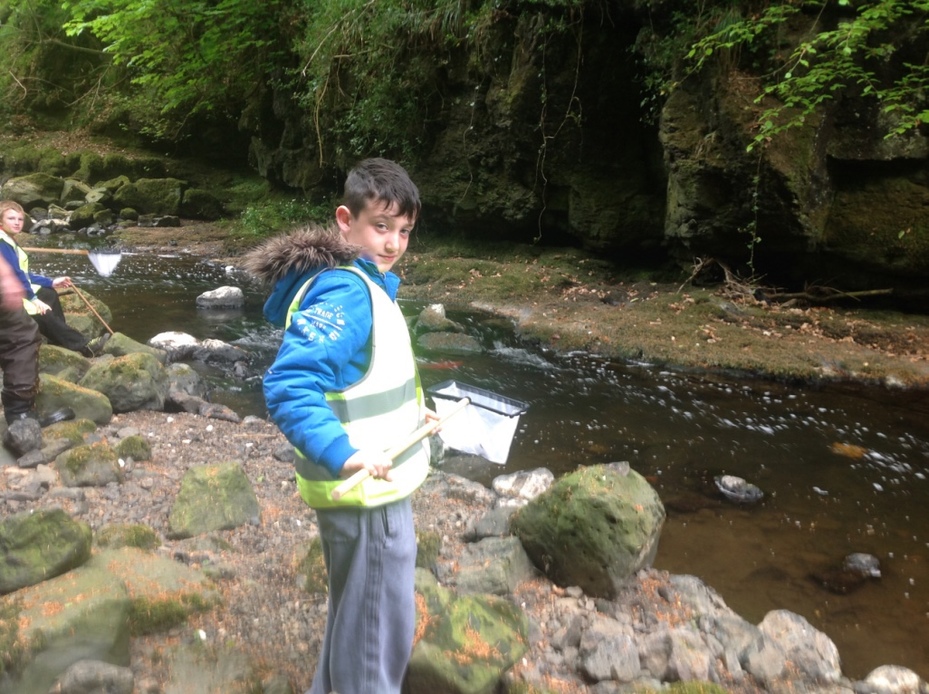 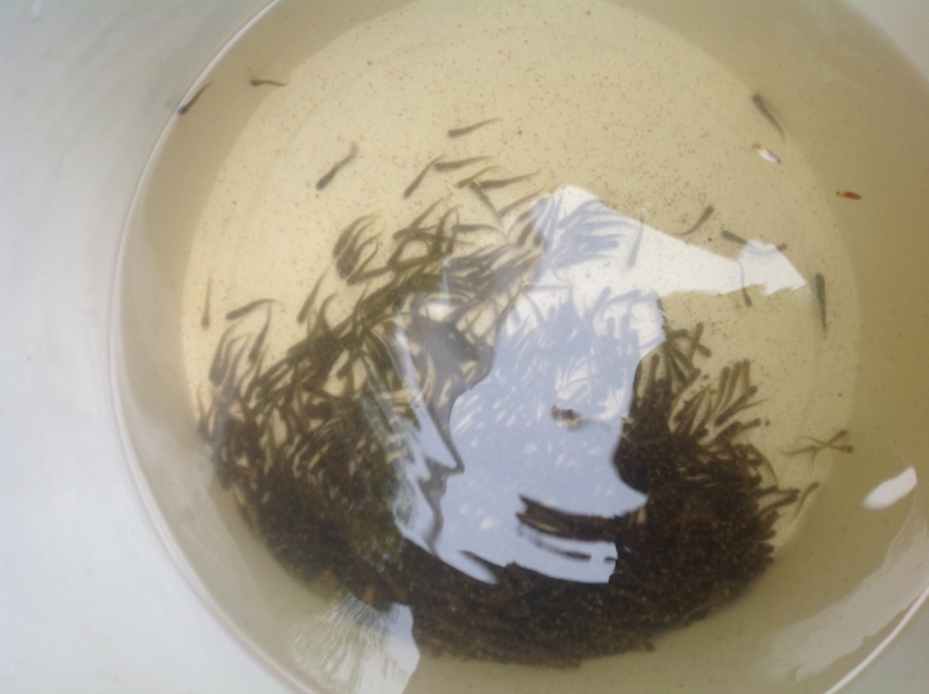 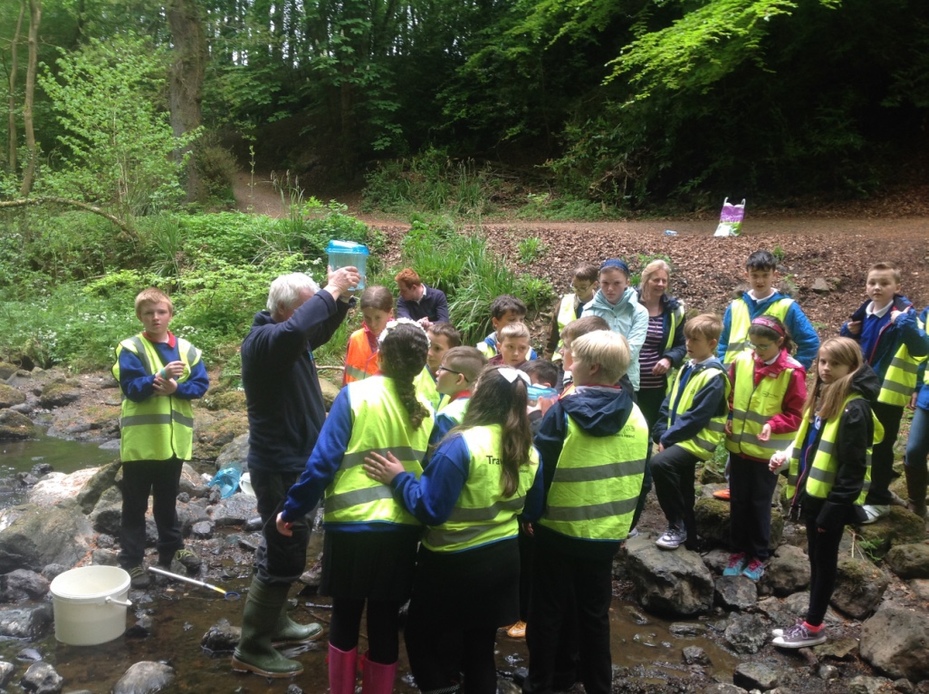 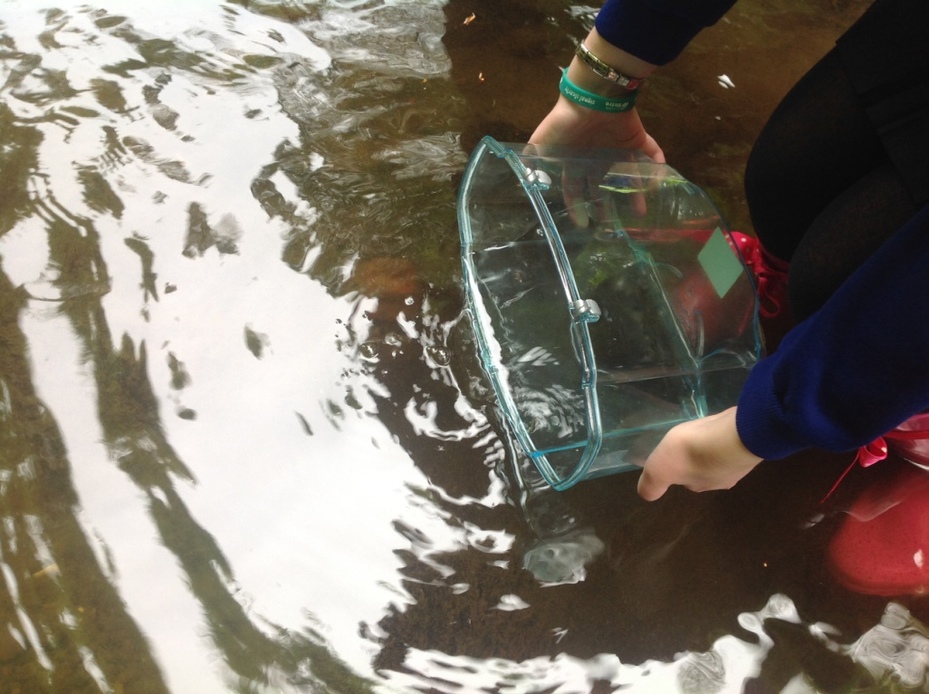 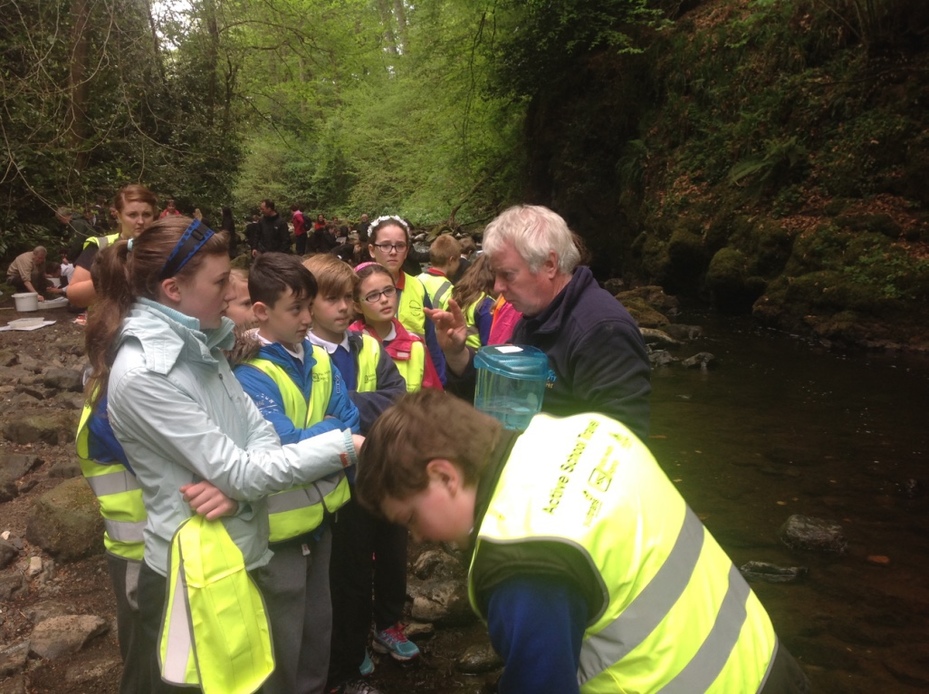 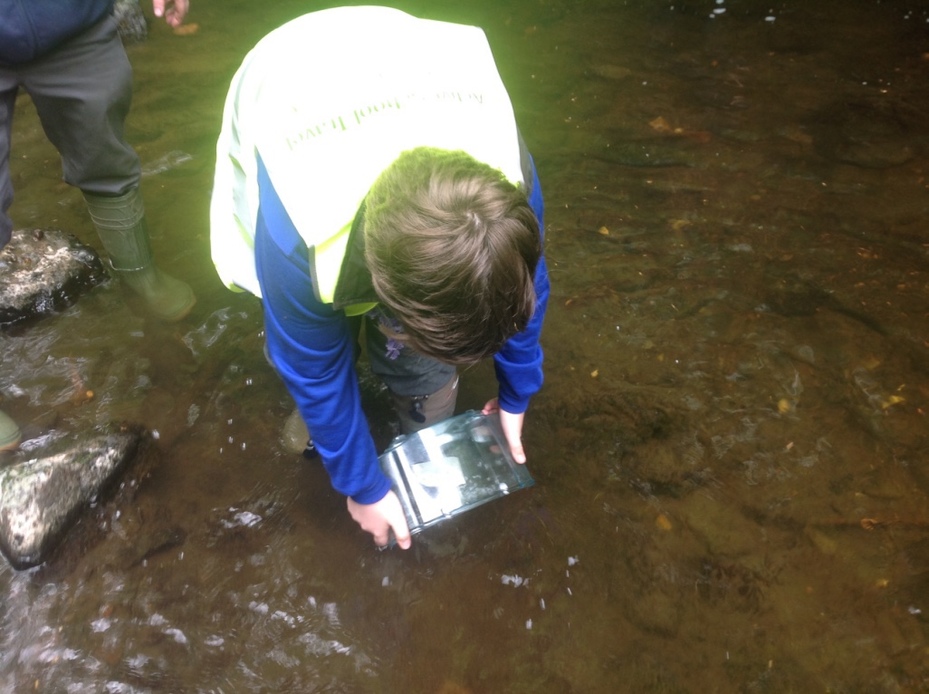